What is the best English?

Trash or Rubbish? – Sorting out our English

Colour or color? Socks or sox? Organisations or Organizations? Underground or subway? Gas or petrol? Fall or Autumn? Candy or sweets? Cookie or biscuit? Centre or Center, Trash or rubbish? What is the best English?

I’ve had a lot of furious emails from users about my terrible spelling.
While I admit that the Online English Grammar may have had some glaring typos (fixed as soon as they are pointed out!) the emails are often concerned with spellings
that are to do with regional differences in spoken and written English
and not with my own poor language skills.

And we’re living in a world where the frontiers between these ‘regional differences’ are becoming more and more blurred. Globalised mass communications, the Internet, an increasingly mobile workforce, and cheap international travel are all making us aware of an English language with many faces – a dynamic language, changing and moving with our times. Where the building blocks of the language – grammar, vocabulary, syntax – are plastic and fluid and not rigid and static.

Of course, many of us were taught to believe at school, that there is only one English – ours! Or that, for example, British English is the original, the ‘purest’ and therefore the best, or that American English is cooler , more contemporary, and better internationally.

My family’s experience is a good example of the way in which we are now exposed to a ‘globalised’ English and the cultural and geographic influences that contribute to our use of it: I was born in England, went to Australia when I was five, was entirely educated in Australia, spent several years in the USA and Canada, another eight in England and now live in Germany. I speak English to my children who, despite living most of their lives in countries where English is not the primary language, are exposed to English via YouTube, Netflix, Facebook etc. every day.  My children’s English is smattered with expressions and grammatical usage that comes from the USA , the UK, Australia and even from within fairly minority subsets of English which they pick up from the music channels and videos. Their pronunciation drifts between locations as well and they seem to have settled on pronouncing ‘tomato’ with a North American pronunciation but have stayed with British pronunciation for ‘dance’. Anything goes!

Their English is a very different animal from mine and the shaping influences on it very different from those that shaped my own. In my home, as in millions of others around the world, English is clearly a language that is moving and changing as fast as the times we live in.

English speakers living in Mumbai, Cape Town, Nairobi, Hong Kong, Brighton or Boston are being exposed on an almost daily basis to the English used by their fellow English speakers around the globe and the old ‘colonial’ subsets of English such as ‘Indian English’, or ‘Australian English’, are being rapidly eroded and replaced by a far more global English.

Although we have a rich global mapping of English which still makes it possible for English speakers to almost immediately fix a fellow English speaker to a geographical area, there is more that is similar among these English variations than is dissimilar.

In the Online English Grammar I am open to the international and evolving character of English and, try at least, to highlight the differences between the various expressions of English where they appear. I am always happy to receive new examples of these differences from users of the OEG!

I point out grammatical rules that may vary slightly depending on where you are as well as differences in spelling and usage. And have listed some of the main spelling variations between British and American English in a post.

The important thing to remember is that while spelling ‘remember’ as ‘rember’ is definitely wrong, spelling ‘socks’ as ‘sox’ is not!

There is no ‘best‘ English in terms of where English is spoken or written in any part of the world and there is a core functionality to the language that remains the same across all of its variations.

That saying ‘She speak English really well‘ is definitely wrong wherever you are (the verb ‘speak’ must be third person ‘speaks’ or used in another tense such as ‘spoke’), saying ‘She speaks English real well‘ may not be wrong (it is acceptable to use ‘real’ rather than ‘really’ in informal American English.)

This may also slow the flow of emails from angry users who think it is a disgrace that I consistently spell ‘center’ as ‘centre’ – am I dyslexic?

Despite many learners having a preference for a particular English accent (how many times have I heard ‘I want to speak English with an American accent’!) it is really worth noting that there is no ‘best’ English. You can work on improving your knowledge of the English language, which includes recognizing its diversity, and improving your vocabulary and your knowledge of idiomatic usage but don’t fall into the trap of believing that there is a form of superior English out there that you should aspire to. It does not exist. 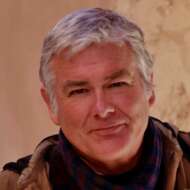 Follow E4T
Anthony Hughes
Creator and Founder at English4Today
Author of the Online English Grammar on English4Today.com. Creator of the English4Today website. I've worked in online education with a special interest in English language teaching for over twenty years. English4Today is a project I have been working on since 2000 and in that time we have helped over 750,000 students improve their English. And our English4Today online teachers have taught thousands of students using our online course delivery.

What is an oxymoron? 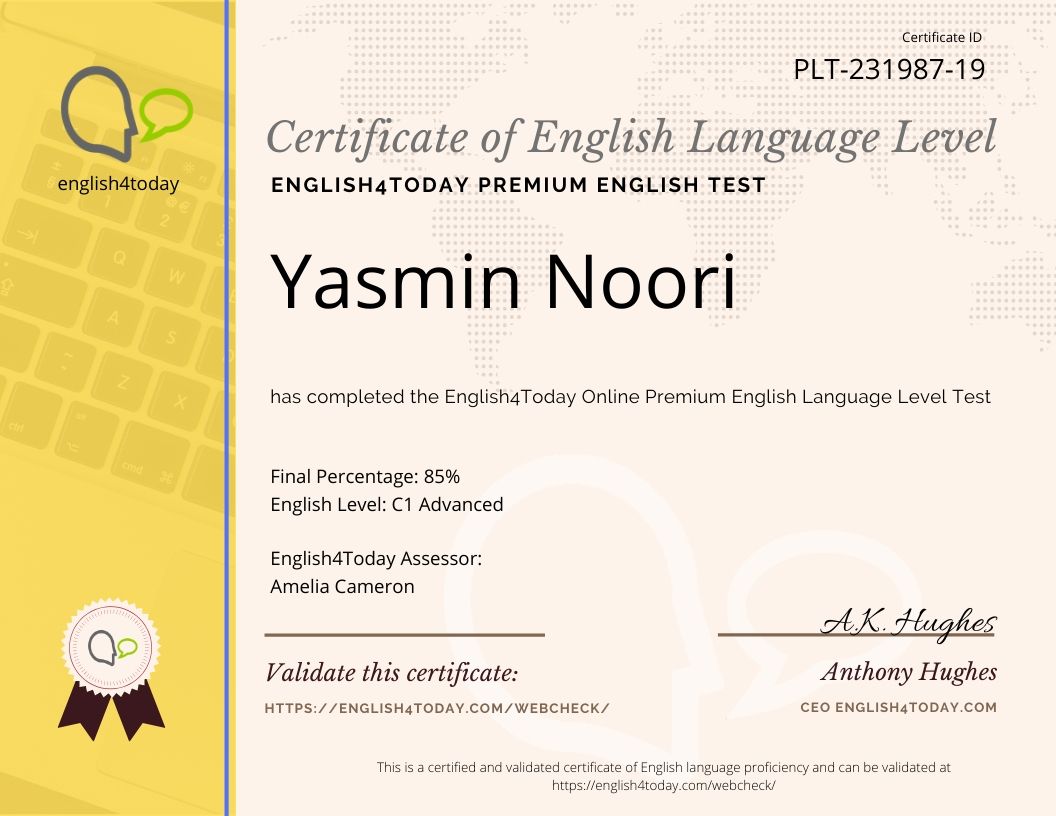 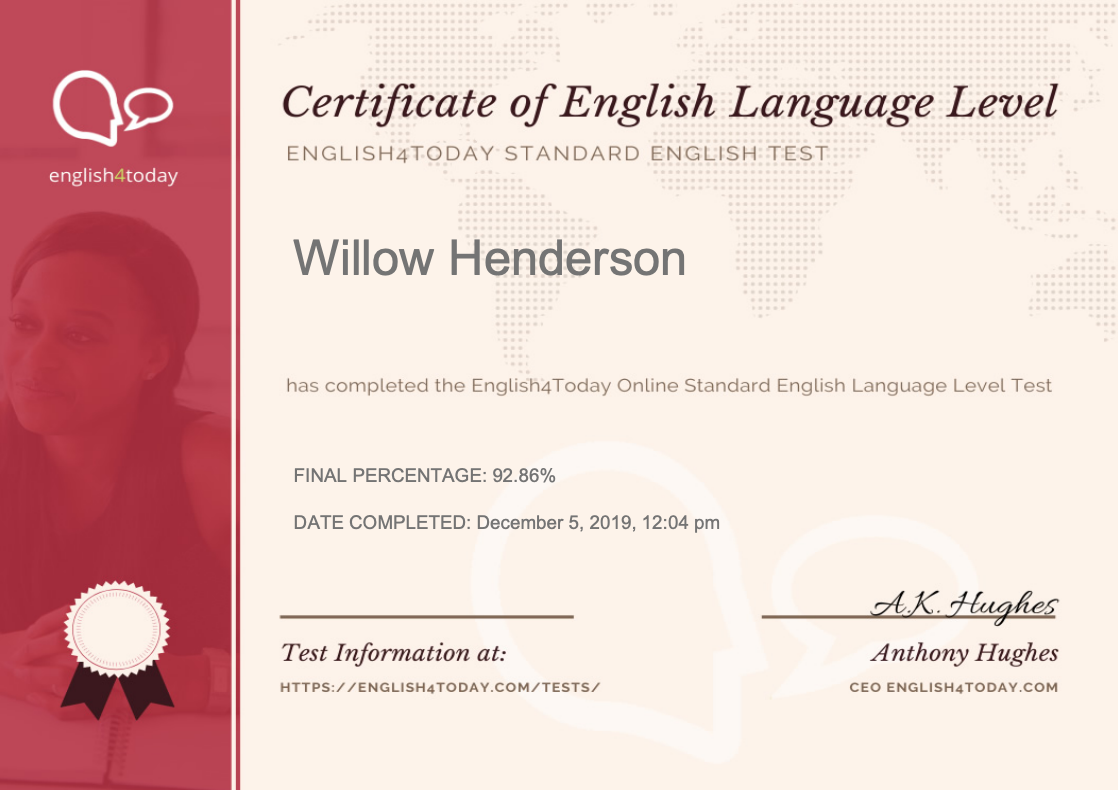 Can be downloaded and printed as a PDF file

Your percentage for the test can be checked against the level at https://english4today.com/tests/ 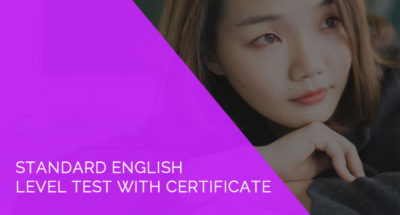 Please register or login for the STANDARD TEST plus CERTIFICATE. Your first and family names are used to complete the certificate information. Your email address is required to validate your registration and to send you the full test results.